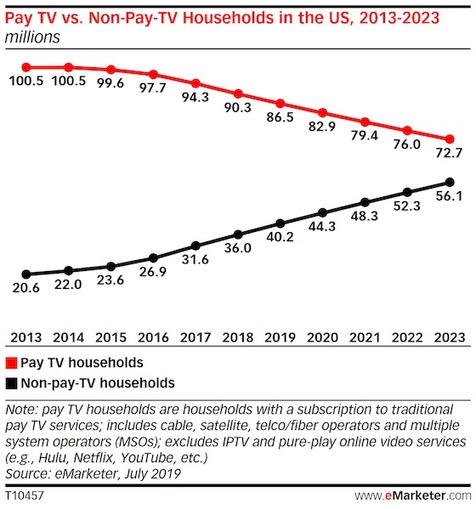 Cord-cutting has often been described as consumers adopting over-the-top (OTT) services while dropping their pay TV subscriptions, but our latest forecasts show that subscription OTT adoption has begun to stabilize while decreases to the number of pay TV households is accelerating.

We estimate that the number of pay TV households in the US has been steadily decreasing since 2015, and we predict that these decreases will continue through 2023. Last year, there were 90.3 million US households subscribed to pay TV, with the number decreasing to 86.5 million this year. This figure will drop further to 82.9 million households next year.

Sourced through Scoop.it from: www.emarketer.com