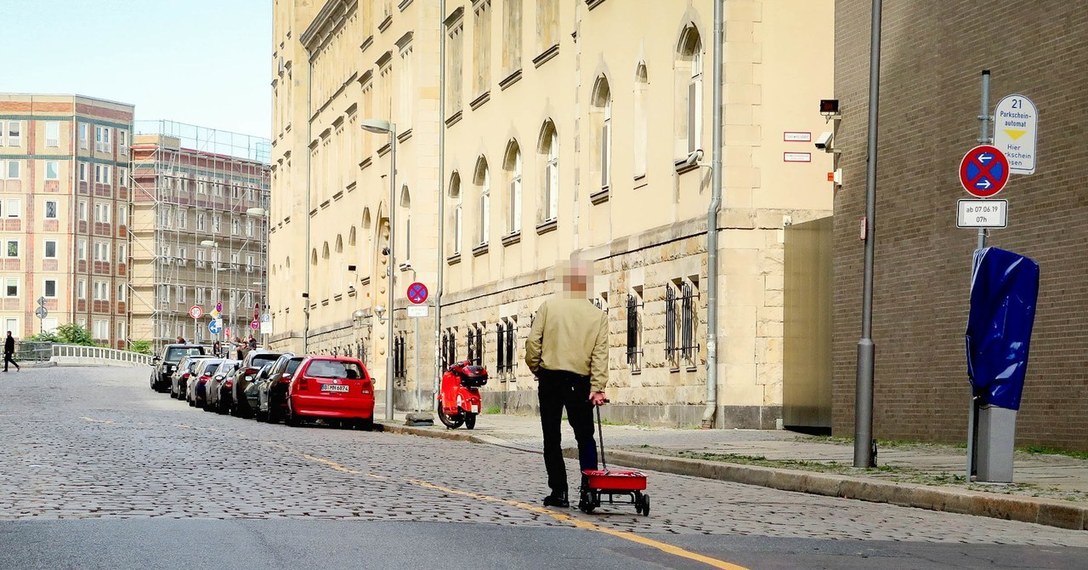 The plan was simple. Over the course of a day, Weckert would walk up and down a given street, mostly at random, towing his smartphone-packed wagon behind him. The effect wasn’t instantaneous; it took Google Maps about an hour to catch up. But eventually, inevitably, Weckert says his wagon would create a long red line in the app, indicating that traffic had slowed to a crawl—even though there wasn’t any traffic at all. He had effectively tricked the system into thinking a series of large buses were crawling back and forth.

“Traffic data in Google Maps is refreshed continuously thanks to information from a variety of sources, including aggregated anonymized data from people who have location services turned on and contributions from the Google Maps community," Google said in a statement. “We appreciate seeing creative uses of Google Maps like this as it helps us make maps work better over time.” The company also notes that while it has figured out how to distinguish between cars and motorcycles, it does not yet have any way to filter for Weckert’s setup.