Every Tech Company Wants to Be a Bank—Someday, At Least | WIRED

Every Tech Company Wants to Be a Bank—Someday, At Least | WIRED 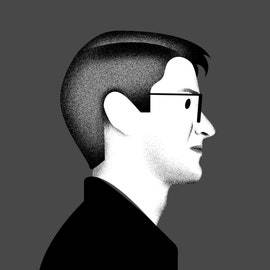 While the US hasn’t gone that far, a symbiosis does exists between popular platforms and personal finances—a little toxic, maybe, but clear. Tech firms can deliver financial services right where and when they’re needed, says Gerard du Toit, a banking consultant at Bain. Part of that is, yes, data: Google and Facebook know about your recent breakup. They know that a baby is due, that the kids just started college. They’d probably love to help finance every step of the way, and collect even more data in the process. But new sources of revenue aren’t the main focus right now, Du Toit says. Instead, tech companies want to lock you even more securely into their existing business models—keeping those well-proven profit engines humming. If you thought iMessage kept you tethered to the iPhone, get ready for when your financial life revolves around Apple Pay. “All of these players have quite bold ambitions to be the center of everyone’s life, where you just can’t imagine breaking up with them,” he says.

Getting there won’t be so easy. Tech is under more scrutiny than ever, and banking brings strict regulations and an opportunity for political intervention. Facebook is learning that the hard way with Libra, even sparking a House bill that would, you guessed it, keep big tech out of finance. The project already faces an antitrust inquiry from European Union regulators, and US officials have called it too-big-to-fail. “There are very few companies that actually want to be banks,” Du Toit says. (Facebook remains adamant that Libra is not a bank and won’t become one.)

Most tech companies seem to be treading more carefully than Facebook. That’s why you’re seeing cooperation, not competition, with banks—things like cobranded credit cards and checking accounts. The big tech firms get the consumer lock-in and business benefits they want, without the regulatory headaches. Caesar Sengupta, a Google payments executive, told The Wall Street Journal that the search giant plans to partner with banks to get its products off the ground—a somewhat pointed statement, one month after Zuckerberg was hauled into Congress after failing to do just that.

US consumers present another barrier. You might not love your bank, but looking for an alternative is a major hassle. “You need to give them a really big incentive,” says Arielle O’Shea, a banking specialist at Nerdwallet. “And even that might not be enough.”

There are some disruptors: payments apps like Venmo, as well as so-called challenger banks that offer basic, low-fee digital services with less overhead than typical banks. They tend to go after customers who aren’t well served by existing banks. But few startups have gotten that model to work at scale. The business relies on squeezing profits out of the lowest-margin services. They’ve had reliability problems as well. Take the recent outages at Chime, the biggest challenger bank so far, in which millions of customers found themselves suddenly unable to buy groceries or put down security deposits on new apartments. The issues rested with another startup that handles Chime’s payments processing.

Big Tech could probably deliver those services better. The platforms have reliable infrastructure and the data to help predict the services you’ll need, O’Shea says. They don’t even need to make money off the banking products themselves. Amazon would even save money when you open a checking account, Du Toit notes, because it would avoid fees it pays when you use an account from somewhere else.