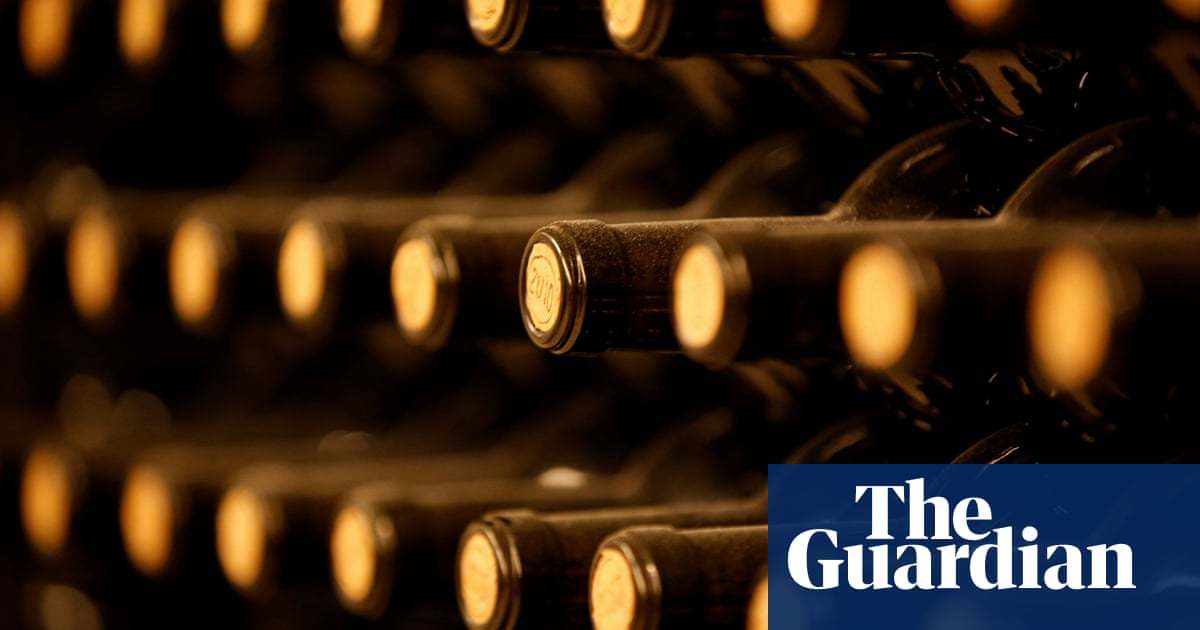 The thieves smashed open the door of the wine cellar before making off with hundreds of bottles of Burgundy wine.  Photograph: Régis Duvignau/Reuters
Kim Willsher in Paris
Wed 6 Jan 2021 14.14 GMT

A gang of wine thieves turned to the closest thing at hand when they discovered French gendarmes in hot pursuit of their van.

The burglars, who were making off with an estimated €350,000 (£317,000) worth of grands crus Burgundy wines, began hurling their loot at officers as they sped down the motorway at high speed.

They finally abandoned their vehicle after smashing into a road toll barrier 22 miles (35km) north of the city of Lyon.

The thieves had targeted the luxury Relais Château hotel, the Domaine de Rymska Saint-Jean-de-Trézy, 30km from Beaune, in Burgundy, and two hours drive from Paris, at 5.15am on Tuesday. They smashed open the door of the wine cellar before making off with hundreds of bottles of Burgundy wine.
The owner of the hotel, which is set in nearly 200 acres of rolling countryside surrounded by woods and fields, was reportedly woken by the fire alarm going off. He jumped in his car and succeeded in keeping up with the gang’s van as it sped through country lanes before joining the A6 Autoroute du Soleil motorway south towards Lyon, while calling for reinforcements.

A patrol of gendarmes then joined the chase, but as they approached the van, the thieves began throwing bottles of wine at the pursuing vehicle. Investigators say nobody was hurt and the bottles, aimed at the windscreen of the gendarmes’ car, missed their target.

An inquiry has now been opened and police say they are searching for at least three men.

It was the second time the five-star hotel had been broken into in two days. Just 24 hours previously, thieves broke into the property and stole €200,000 worth of fine wines from the same cellar. That time, the alarm did not go off. Detectives are trying to establish if the two burglaries were organised by the same gang.