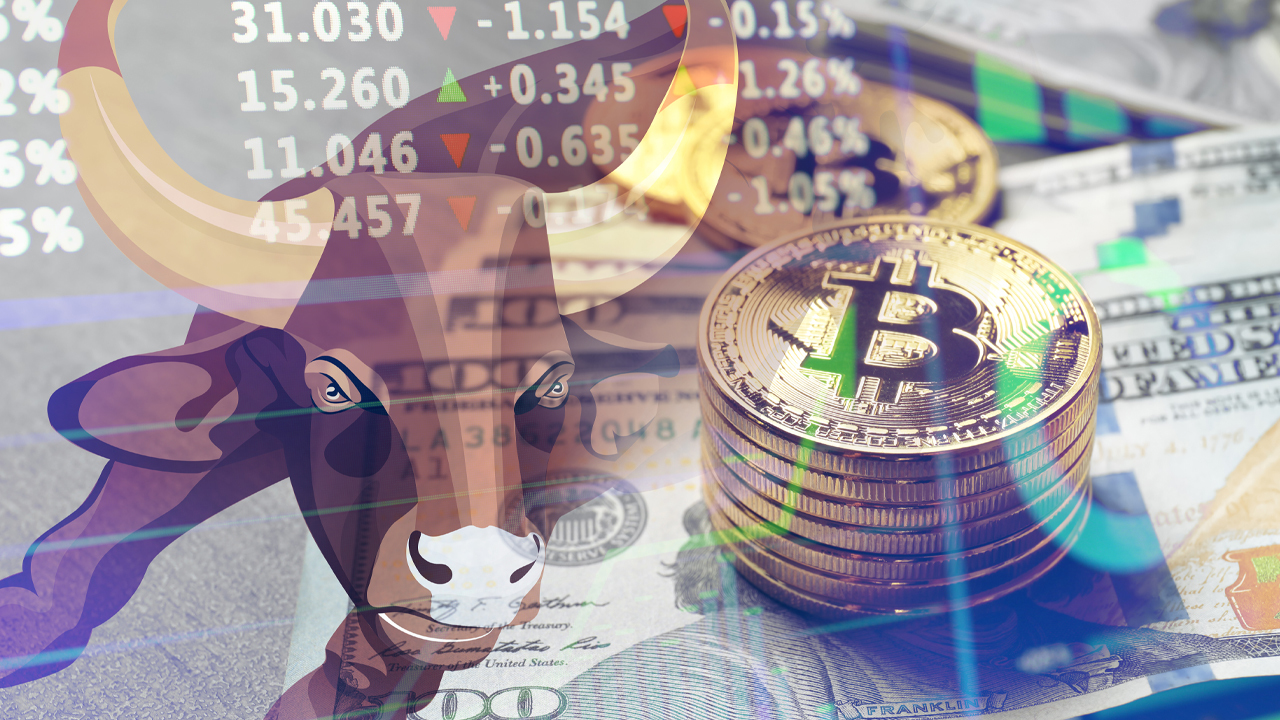 The price of bitcoin smashed through the last all-time high again jumping above the $37k zone to $37,400 per coin. The crypto asset’s market valuation is around $689 billion at the time of publication, as it has seen $26 billion in trade volume worldwide. Moreover, the entire crypto-economy surpassed the $1 trillion mark on Wednesday evening (EST) as well.

At approximately 7:04 p.m. (EST), BTC touched an ATH of around $37,400 per unit. Currently, BTC is still riding above the $37k handle.
Despite BTC’s price being so high, the Bitcoin dominance index is a tad lower. The metric shows bitcoin’s market dominance compared to all the other crypto assets in existence is around 68.5%, after riding high above 70% for a while.
The Bitcoin network hashrate has also skyrocketed during the last 24 hours as miners are dedicating 162 exahash per second (EH/s) to the BTC network. There’s approximately 19 mining pools with hashrate pointed at the blockchain and F2pool leads the pack.
The pools that follow F2pool include operations such as Huobi Pro, Binance Pool, Antpool, and Btc.com.

The executive at the Bitcoin Depot, Brandon Mintz, told news.Bitcoin.com that BTC’s scarcity is driving demand. “The scarcity of BTC compared to the printability of dollars is likely to attract savvy individuals looking to diversify their assets in the event of a lapse in the traditional financial system,” Mintz said. “As the adoption rate of BTC increases and the supply remains constant, the value of BTC will only continue to rise.”
Meanwhile, as BTC crossed a new ATH, digital assets like ETH, ADA, BCH, LINK, and XLM have all seen percentage gains between 8% to 70%. Ethereum’s market cap, which is hovering around $138 billion, is partly the reason BTC’s dominance has dropped a few percentages.
Currently, the entire market cap of all 7,500+ crypto assets is approximately $1,000,395,709,742 according to exchange data.