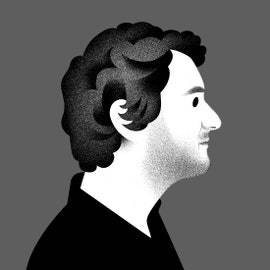 “Context is everything,” Siegel says. “Even those good technologies don’t magically work out of the box. They have to be done well.”

Even if your air purifier earns the highest marks, as long as there’s a pandemic, there’s always going to be a risk of infection. On the first day of CES, the Korean consumer tech giant LG touted a slew of air purifiers, including a face mask with an electronic filter. Some health experts derided the mask back when it was announced last August, saying that such high tech could instill wearers with a false sense of security and lead them to engage in riskier behavior. It’s a criticism that has been levied at a lot of this newfangled cleaning tech.

“There’s that balance between behavior and the effectiveness of the solution itself,” Milanesi says. “I just hope that we’re not going to have a whitewash of this, where everything is going to be labeled, but the range of solutions is going to be very different and therefore it’s going to be harder for consumers to see what they can trust and what they can not trust.”

Still, pandemic-inspired tech has the potential to be more than a panic-induced fad. Even if the technology itself drifts out of the limelight, the habits and awareness this terrible period has necessitated can be applied to make the world healthier in the long term.

“At my most optimistic, I think we have an amazing opportunity here,” Siegel says. “We all know that there are really serious health disparities in almost every society on earth. Good indoor air could really be an equalizer of some of those health disparities.”

The benefits could extend outside the home as well. Better air filtration and surfaces that are more conducive to cleaning could keep viruses from spreading in schools and offices. More investment in no-touch tech could be hugely beneficial for people who are immunocompromised, or even just otherwise unable to interact with traditional tech in public places.

“There’s definitely value in keeping some of these technologies and deploying them long term,” Milanesi says. “Even if you’re just preventing the flu at school, any parent will be grateful.”