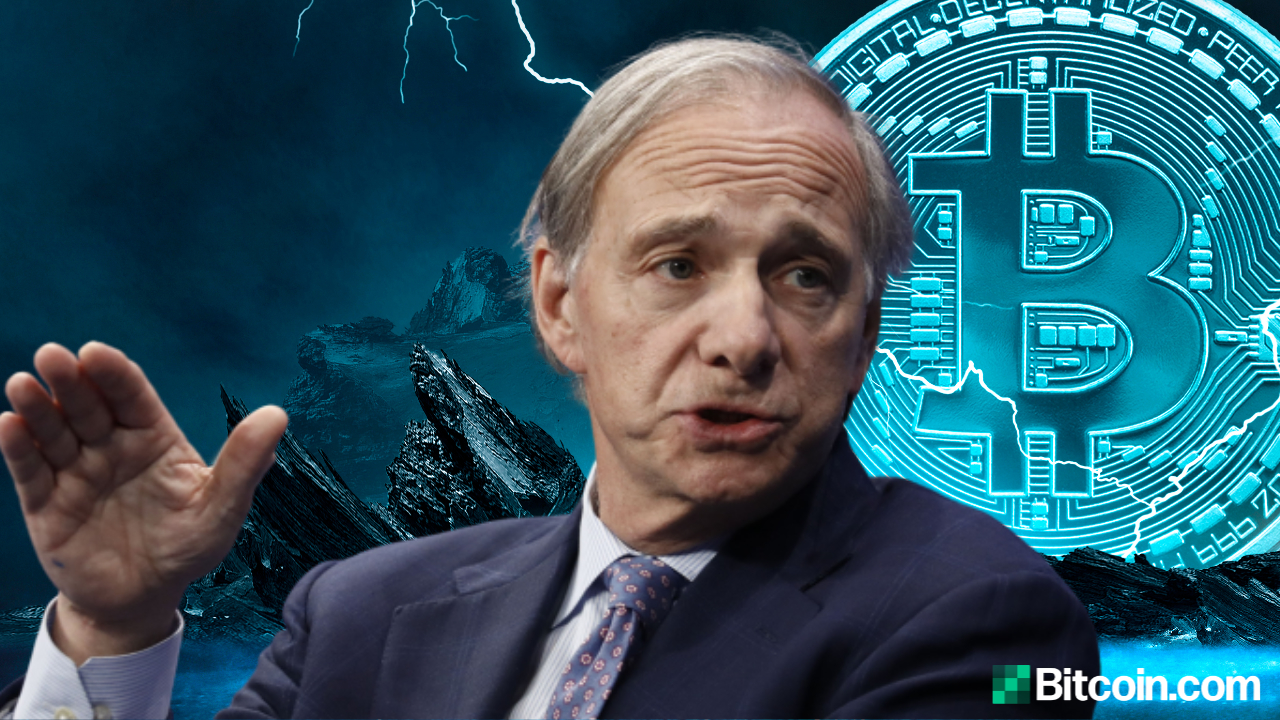 Ray Dalio shared his view on whether the government could outlaw bitcoin in an interview with Yahoo Finance Wednesday. He is the co-founder and chief investment officer of Bridgewater Associates, the world’s largest hedge fund firm. His clients include endowments, governments, foundations, pensions, and sovereign wealth funds.

Dalio believes that bitcoin may suffer a similar fate as gold did in the U.S. during the 1930s. “Like back in the ’30s in the war years … cash and bonds were such bad investments relative to other things, there was the movement to those other things still, and then the government outlawed them … They outlawed gold,” he recalled, elaborating:

That’s why also outlawing bitcoin is a good probability.

Besides outlawing gold, Dalio added that “they also established foreign exchange controls, because they don’t want the money to go elsewhere.”

Emphasizing that “every country treasures its monopoly on controlling the supply and demand. They don’t want other monies to be operating or competing, because things can get out of control,” the Bridgewater founder opined:

So I think that it would be very likely that you will have it, under a certain set of circumstances, outlawed the way gold was outlawed.

“You’re watching that question arise in India today. India today is making a move to outlaw it– outlaw possession of it,” he pointed out. The Indian government is currently working on a cryptocurrency bill and there have been reports that it may ban cryptocurrencies like bitcoin. However, no official announcement has been made and the crypto industry is hopeful that there will be not an outright ban on cryptocurrencies.

Dalio was also specifically asked if he thinks it is possible for the government to ban bitcoin. He replied: “My understanding from people who are sort of in government surveillance and so on, is, yes, they can understand, they can track it, they can know who’s dealing with it. I don’t know– like, I’m not an expert on that.”

The billionaire hedge fund manager has been learning about bitcoin over the recent months. He admitted in November that he may be wrong about bitcoin but was worried about governments outlawing cryptocurrency. He then said bitcoin “is one hell of an invention” that could “serve as a diversifier to gold and other such storehold of wealth assets.”

Responding to Dalio’s misinformed perspectives, bitcoiners took to social media to argue about the government’s ability to ban bitcoin. Gemini co-founder Cameron Winklevoss wrote: “Bitcoin may have similar properties to gold but outlawing decentralized software is a much different problem. It requires you to essentially outlaw the Internet.”

Some people accuse the Bridgewater executive of attempting to manipulate the market to buy cheap coins, noting that a growing number of major corporations are investing in BTC. Recently, Goldman Sachs said it sees huge institutional demand for the cryptocurrency and Visa anticipates bitcoin becoming “extremely mainstream.” Deutsche Bank says bitcoin is now the third-largest currency, after the dollar and the euro. Furthermore, Morgan Stanley is getting ready to offer bitcoin exposure to wealthy clients and other banks are expected to follow suit.