Facebook Renews Its Ambitions to Connect the World | WIRED

Facebook Renews Its Ambitions to Connect the World | WIRED 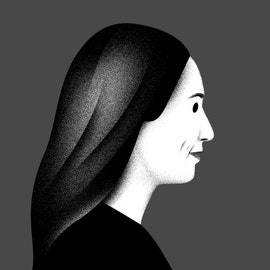 In a briefing with press this week, Facebook chief technology officer Mike Schroepfer trumpeted the work of the company’s Connectivity group and revealed plans to connect a billion more people around the globe via high-speed internet. Schroepfer says Facebook is working on a new, 24-fiber transatlantic subsea cable system that will connect Europe to the US; has improved its aboveground, fiber-deploying robot; and has been testing a “last-mile” wireless internet system that delivers gigabit speeds over the air.

The efforts have been years in the works. Eighteen months ago, Facebook said it had partnered with African operators to build massive subsea internet cables. Development on the wireless system, called Terragraph, started in 2015, while the fiber-focused robot, Bombyx, was first developed in 2018. (The latter has not yet been deployed, but was first announced in the summer of 2020.)

Schroepfer and other executives, including Dan Rabinovitsj and Yael Maguire, say these new technologies could bring fiber, or fiber-like speeds, to the masses much more quickly and cheaply than typical fiber deployments. Schroepfer says the Bombyx bot represents “one of the single largest drops in the cost of fiber deployment ever,” and that Facebook has now developed breakthrough technologies across three layers of internet infrastructure: the subsea cables, the Bombyx robot, and a system that delivers gigabit-speed internet over the air.

Facebook is among several tech companies with ambitions of expanding internet access around the world. But many have run into both technical and political obstacles. Google shuttered its Loon project that aimed to beam internet access via helium balloons. It also ran Google Fiber from 2010 until 2015, relying on existing utility poles in some markets and digging trenches in others. But that proved to be too costly for Google to maintain.

Meanwhile, Amazon and SpaceX are investing billions in low Earth orbit (LEO) satellites, which would provide internet access through “constellations” of thousands of satellites. (Facebook had a team working on LEO satellites; this team was acquired by Amazon just three months ago.)

Facebook has had its own pie-in-the-sky, internet-access ideas before that didn’t exactly pan out. Its experimental solar-powered drone project, Aquila, was powered down in 2018. And then there was FreeBasics, which was part of Facebook’s broader Internet.org initiative and was supposed to offer free, no-frills internet to phone users in India. But critics said Facebook’s offer of free-but-limited internet violated the rules of net neutrality, and the Indian government banned the service.

Facebook is in a uniquely powerful position: In some parts of the world, the social media company is already synonymous with the internet, even if it is not technically an internet service provider. And as its content moderation and targeted advertising practices fall under increasing scrutiny, having its hands in the underlying infrastructure of the internet could raise concerns as well.