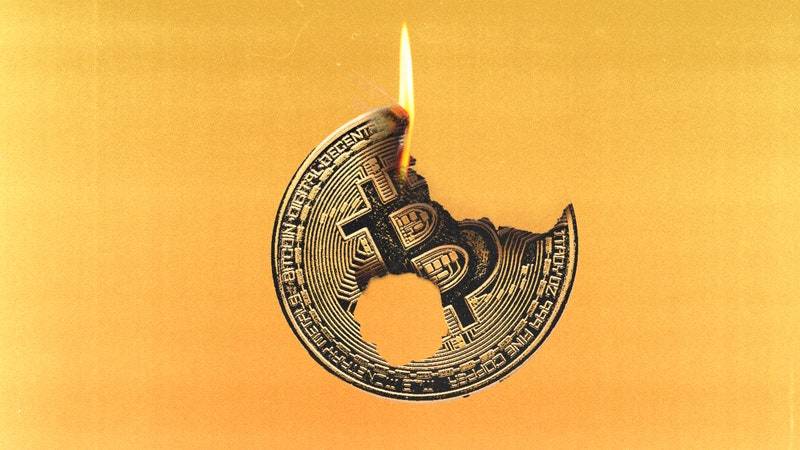 Ryan Clements, an assistant professor in business law and regulation at the University of Calgary, made the issues with this approach clear last year, in a paper devoted to algorithmic stablecoins titled “Built to Fail.” One of the main problems with these stablecoins, Clements explained in the paper, is that they can only work so long as there is demand for them; otherwise all those incentives mean nothing. “UST was never stable to begin with and was never fully collateralized,” Clements says. “It required a perpetual reliance on an assumption that there would be enough (ongoing) interest in the various use cases of UST in the Terra ecosystem.”

Many crypto investors started finding their way to the door. Bobby Ong, cofounder of cryptocurrency analytics platform CoinGecko, says that one possible explanation for what happened to UST is “a George Soros-style” attack, after the Hungarian philanthropist and financier’s famous bet against the British pound in 1992. According to this theory, UST’s ruinous fall—which started on Monday and spiraled into a catastrophe on Wednesday—was precipitated by a large entity dumping billions of UST on the market, shattering its peg. Another, simpler explanation is that UST was just not sustainable, and this was always going to happen as soon as the market’s sentiment changed.

It is telling that some crypto personalities are laying the blame for the supposed attack at the door of investment management company BlackRock and hedge fund Citadel. Just over a year ago, Citadel had already been cast as the villain in another financial craze, the so-called GameStop saga—when millions of retail investors started buying the stock of the ailing game store chain in droves, despite its dubious fundamentals, in an odd act of defiance against traditional finance. Several observers back then had saluted the rise of meme finance, where the value of assets was no longer based on a business’s prospects and instead determined by collective delusions, performative contrarianism, and sheer nihilism (“Is [GameStop’s stock] worth 200+ dollars? That’s for you to decide based on your own value system,” one investor commented on Reddit, where the rebellion first emerged.)

Terra’s rise and fall is, in a way, the endgame of that long stretch of weird finance. It might not recover, and follow the bursting of the NFT bubble and the fall of a great deal of meme stocks and dog coins.

But it would be disingenuous to read all this through the lens of absurdism and pipe dreams. Terra’s explosion in popularity over the past six months was also driven by mind-boggling incentive schemes. “The large demand for UST was driven because of a savings protocol called Anchor on Terra’s blockchain, which promised 20 percent in annual percentage yield,” Ong says. People would buy UST and stash it in Anchor, a piece of software where one could park one’s coins, hoping to see it grow like a magic money tree over time. What’s more worrying, Ong says, is that Terra set an example for many other crypto projects, which also started promising absurd returns and now are at serious risk of crashing.

The Ponzinomics were just too obvious: When you pay money for nothing, and stash your nothing in a protocol with the expectation that it will give you a 20 percent yield—all you end up with is 20 percent of nothing.