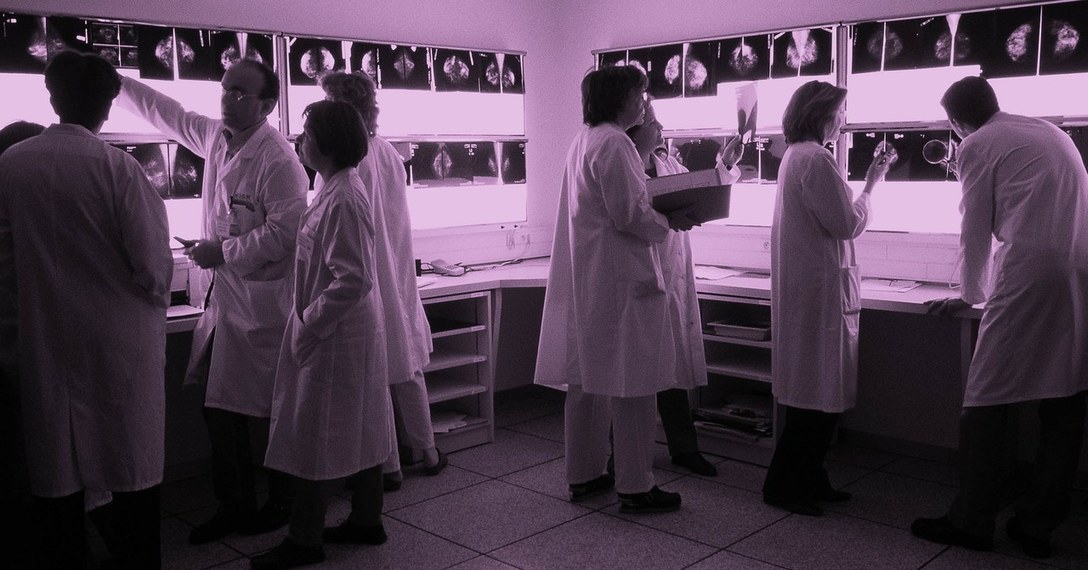 AI systems like the one from Google promise to combine humans and machines in order to facilitate cancer diagnosis, but they also have the potential to worsen pre-existing problems such as overtesting, overdiagnosis, and overtreatment. It’s not even clear whether the improvements in false-positive and false-negative rates reported this month would apply in real-world settings. The Google study found that AI performed better than radiologists who were not specifically trained in examining mammograms. Would it come out on top against a team of more specialized experts? It’s hard to say without a trial. Furthermore, most of the images assessed in the study were created with imaging devices made by a single company. It remains to be seen whether these results would generalize to images from other machines.

The problem goes beyond just breast-cancer screening. Part of the appeal of AI is that it can scan through reams of familiar data, and pick out variables that we never realized were important. In principle, that power could help us to diagnose any early-stage disease, in the same way the subtle squiggles of a seismograph can give us early warnings of an earthquake. (AI helps there, too, by the way.) But sometimes those hidden variables really aren’t important. For instance, your data set might be drawing from a cancer screening clinic that is only open for lung cancer tests on Fridays. As a result, an AI algorithm could decide that scans taken on Fridays are more likely to be lung cancer. That trivial relationship would then get baked into the formula for making further diagnoses.